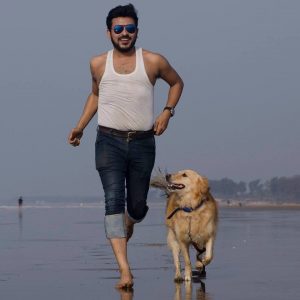 Pinaki Ghosh is the founder of TheScreenplayWriters.com; leading script writing website (know more). Names of the film  screenplays Pinaki is writing; have written, co-written (with other writers) or rewritten:

48. A Salesman (book to screenplay adaptation of THE GREATEST SALESMAN OF THE WORKD by Og Mandino)

70. Narasimha (a modern day adaptation of Beauty & the Beast)

82. The Secret Love of An Arabian Prince (Middle East movie)

Pinaki, founder of the world’s leading script writing website, is a trusted name when it comes to writing screenplays; from thrillers to horror; from romance to comedy. Being an Indian screenplay writer he has written for both American as well as Indian filmmakers and can adapt to both the styles, or amalgamate the two styles. Pinaki has excelled in Hindi script writing and Bengali script writing, who can create suspense and jaw dropping wonder that viewers have never seen on screen before.

In other words, the best part is that even with a huge experience, he is extremely affordable.

Pinaki Ghosh founded the world’s leading script writing website and has authored 12 books, including bestsellers, besides writing (and ghostwriting) a large number of ebooks. He wrote his first bestseller in 1991 at the age of 17. Pinaki has worked as a ghostwriter and biographer for several high profile celebrities worldwide.

Besides film script writing and writing for celebrities, Pinaki has worked with some of the best media brands like BBC (Desi DNA, Calcutta Uncovered, 2007), National Geographic Channel (Is It Real? Superhuman Powers, 2005), Channel 4 (Gurubusters, 1995) and ABP Ltd (Sananda, Unish Kuri) to name just a few.

Pinaki writes a select number of screenplays and books every year, and most of them turn out to be businesswise successful. Therefore, book him today, before his schedule gets full.

$20 per page for partial rewriting and total enhancement.

$200 (Rs. 12,000) for screenplay coverage, suggestions and complete feedback for improvement.